Our friend Chris Erikson, after years of contributing stellar guitar and vocal work to Sycamores recordings (as well as those by Florence Dore, Matt Keating, Tandy, Spike Priggen, and many others), has an incredible record coming out this month – his first and long overdue solo outing! Produced by Gary Maurer (Hem, Fountains of Wayne, Luna), “Lost Track of the Time” showcases a terrific batch of original songs played by a roots rock dream team: Jason Mercer (bass), Will Rigby (drums), and Jay Sherman-Godfrey (guitar), with additional help from Matt Keating, Jonathan Gregg, Cliff Westfall, Florence Dore and others. It sounds GREAT.

The record release party is on Friday, April 20, at the Lakeside Lounge, home to everyone’s favorite East Village jukebox. If you’re interested in attending the show (which I would be if I lived within 200 miles), info is here: www.lakesidelounge.com

If you’d like a sneak preview of the new album, Chris has leaked a few tunes here: www.myspace.com/chriserikson

And if you want some immediate gratification, here is a video of “On the Way Down” from our Stephen Talkhouse show last summer, a tune Chris and I wrote together that will be on the record. Flanked by Chris and Jay, I thought I’d gone to telecaster heaven. 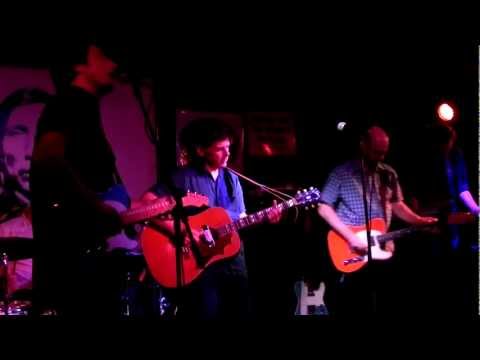 I’m sure there will eventually be a way to buy the CD, but the Erikson marketing campaign does not include that option at this point. Hopefully soon. If not, Chris will have his hands full trying to keep this thing a secret. Anyway, take my word for it, it’s well worth seeking out. We’ll pass along info about how to get the CD as soon as that file becomes declassified.

You can go home again, and you can play with some of your absolute favorite music-makers on the planet. I’ve wanted to share the stage with...

Sitting on the Amp: Friends and family on LI have been telling me for years what a great venue the Stephen Talkhouse is, and now I’m a believer....

[…] Erikson, if you’ve been paying attention to my previous rants here, has just released a fantastic solo album that showcases his mastery of roots-rock storytelling and […]